With more complications heading abroad, holidays in the UK are set to become more popular than ever. The Great British staycation is a foolproof option for families and individuals alike, and best of all you don’t need to fly. That’s even better if you love a drive, with an abundance of great UK road trips on offer.

Whether you’re making your way around the Scottish Highlands or through the intertwined waterways of the Lake District, Great Britain has plenty to offer car-enthusiasts who love nothing better than hitting the open road.

While America’s Route 66 might be more famed, you’ll soon fall in love with the UK’s roads once you realise everything they have to offer. In this post, we’ll look at six unmissable UK road trips that are every bit as exciting and beautiful as their foreign counterparts.

The North Coast 500 stretches over 800km across Scotland, taking in some of the most breathtaking pieces of road, coastline, and scenery along the way. If you manage to complete all 500 miles, you’ll witness everything from gothic and decadent ruins that are extremely well-preserved to historic castles and islands that are barely inhabited.

What makes the North Coast 500 one of the UK’s greatest road trips, aside from the sandy, shingle beaches, is the winding, single-track roads that never seem to end. Whether you’re a driving novice or self-proclaimed pro, these routes are certainly on the challenging side, which provides plenty of excitement.

Surrounded by lochs and the Applecross Peninsula, you’ll barely recognise that you’re in Britain. The isolated sights and attractions are a far cry from the densely populated cities, making this one of the most extraordinary UK road trips. 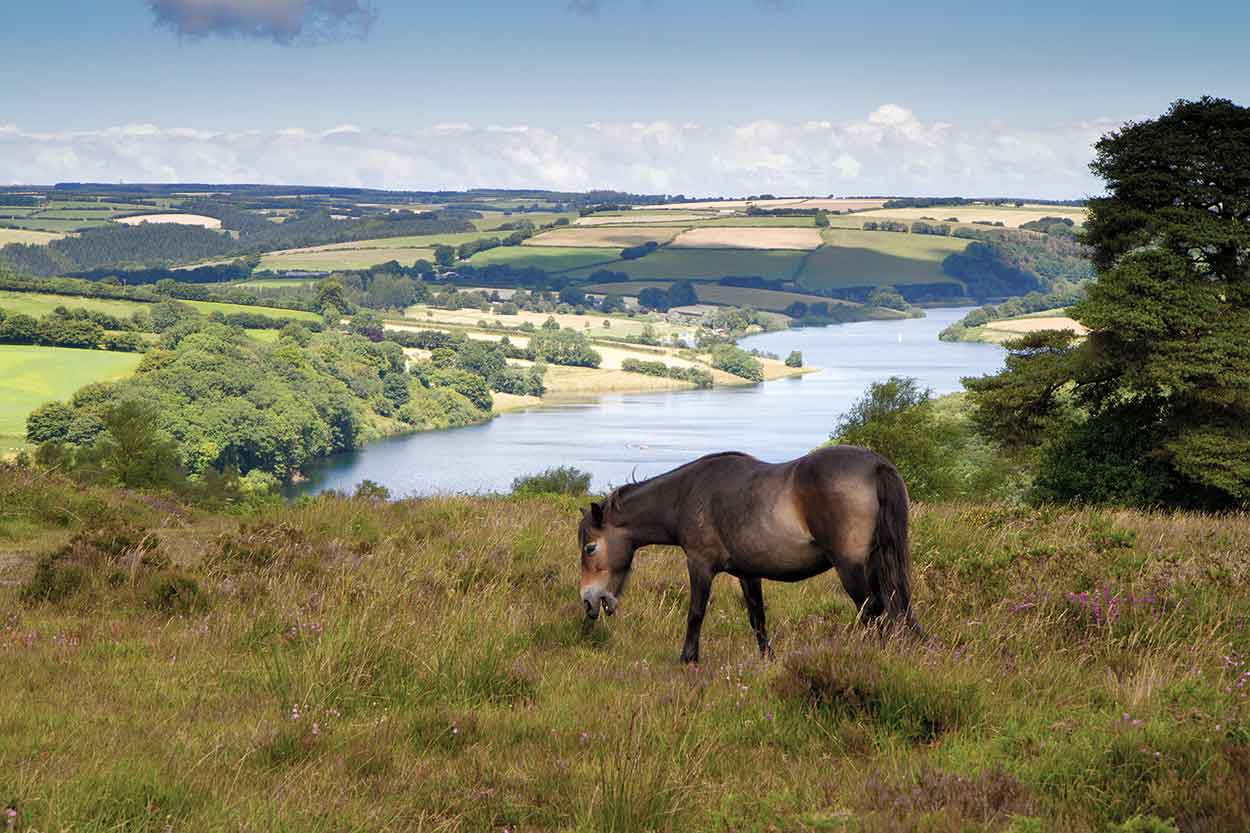 The Atlantic Highway is one of the most notorious stretches of tarmac in the UK, situated in the famed southwest coast. Among many other jewels, the Atlantic Highway runs for miles across the Devon and Cornish coastlines. It takes in a host of views, but the A39 offers far more than a glimpse of surfers trying to catch the waves.

As the road swerves inland, you’ll leave the dunes and come upon the barley fields that grow metres tall. Plus, you’re only a short drive away from Exmoor, an incredible national park with hefty hikes and stunning wildlife. If that’s not your thing, continue along the A39 until you hit Newquay, where there are tonnes of bars and restaurants. 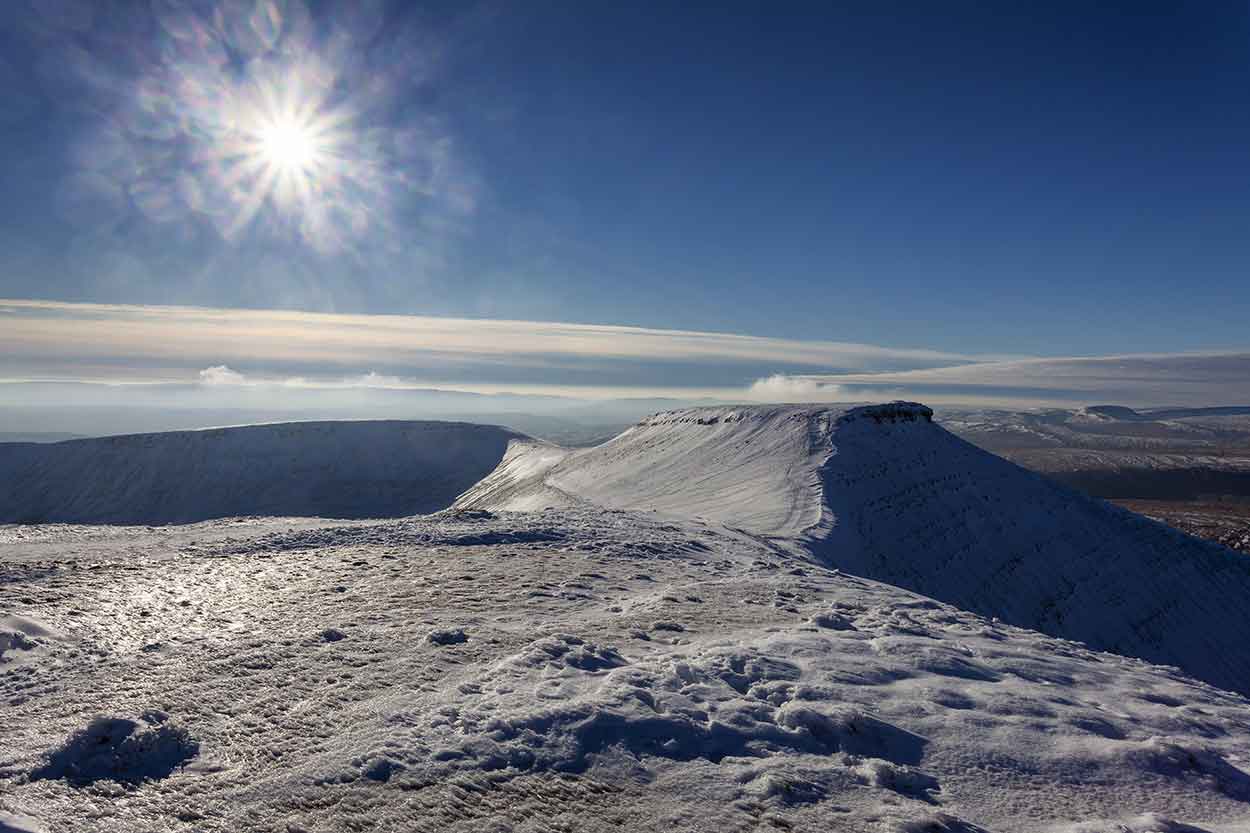 Wales is a beautiful part of the United Kingdom, and the Black Mountain Pass road trip best encapsulates its awe-inspiring vibe. Although it’s not a particularly long drive – easily accomplished in a day – the steep 1,600ft climb to the top of the pass is thrilling, so much so that Top Gear has filmed numerous videos there over the years.

It’s not hard to see why, when you reach the peak and gaze upon the 360-degree view of the Brecon Beacons below. You’d be forgiven for believing you were in the French or Swiss Alps! Car-wise, the roads are perfect, twisting and turning as you climb through the clouds. 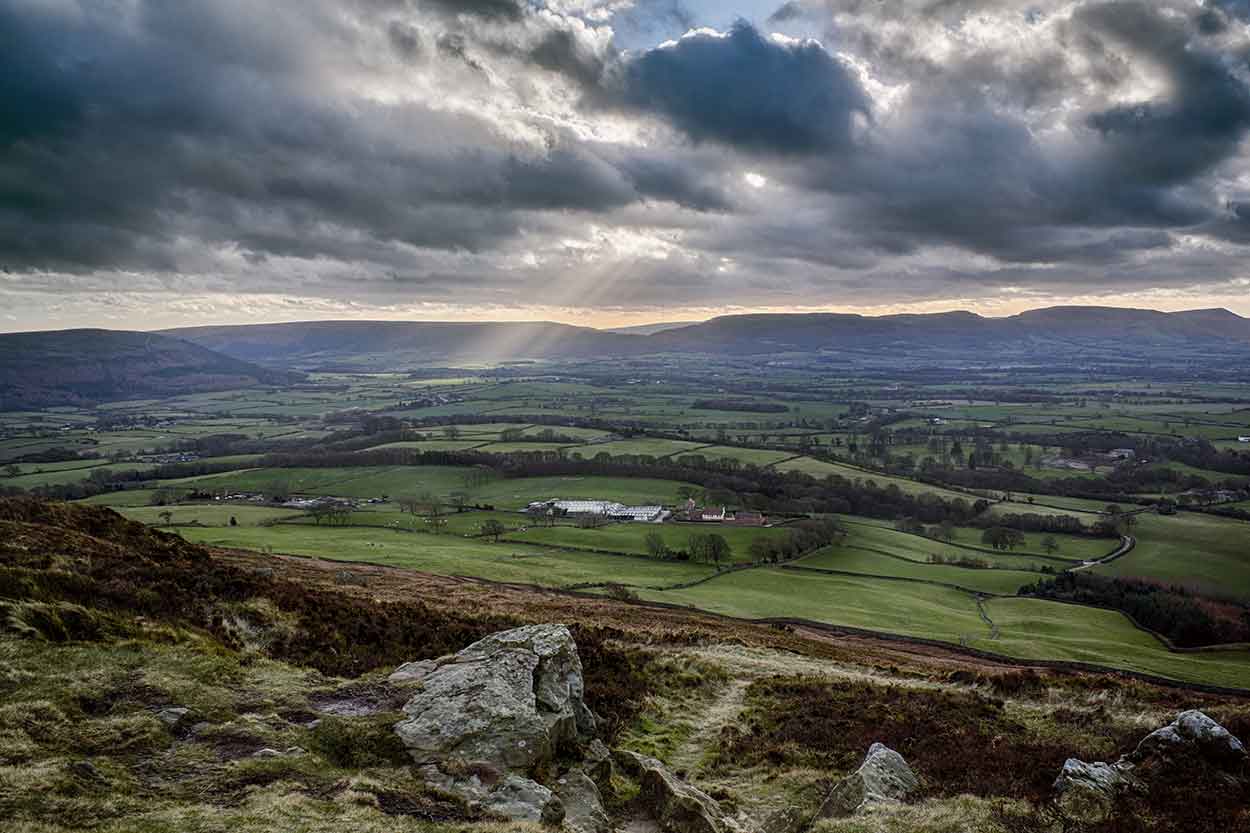 The UK has plenty of national parks to lean on. You can’t go wrong if you choose a road trip in one of the ten on offer. However, with the likes of Exmoor and the Lake District so popular, the North York Moors often goes under the radar. Sure, the area is more isolated and less commercial, making it awkward for families, but the roads are picture-perfect for car-lovers.

Throughout the majority of the national park, the single-track roads are tight and winding, allowing motorists to press on the accelerator and open up the engine. You can take the scenic A169 route to extend your trip over two days and take in rural farm towns and market villages.

One of Northern Ireland most breath-taking drives, the Causeway coastal route lies between Belfast and Derry. It’s almost 200km each way and is packed with tiny villages that provide visitors with an authentic Irish experience.

Of course, the real draw is the Giant’s Causeway, an area of coast that’s home to thousands of columns that look as if they’ve been crafted by the mythical creatures from which it takes its name. After you’ve witnessed the spectacular basalt columns in the Atlantic Ocean, you can continue on to the Carrick-a-Rede rope bridge, Dunluce Castle, and the Glens of Antrim.

Whiskey-lovers can sample a tipple at the Old Bushmills Distillery, the oldest licensed distillery in the world that has been operating since the 17th century.

The Peaks is one of the most loved regions in the whole of the UK, making it an excellent option for a road trip. Aside from the many humble pubs that serve strong beer and quality food, the high mountain passes and viaducts offer unrivalled views of the surrounding regions.

Whether you’re 510m above sea level on Snake Pass or driving over Derwent dam and reservoir, you’ll fall in love with Northern Derbyshire and want to explore every inch. Anyone who wants to take a break from driving can hop in the Derwent Valley cable car and get a glimpse of the Peak District’s majestic natural beauty from above.

The perfect car for your UK road trip

To really enjoy the best UK road trips, you need the right set of wheels. At My Car Credit, our hassle-free financing system makes finding the right vehicle a walk in the park, even if you’ve had issues with credit in the past. Simply speak to our team on 01246 458 810 or calculate car finance and then apply online to see how we can help you.

Will I Get Accepted for Car Finance?

Is there such a thing as guaranteed car finance?

How Do Car Finance Calculators Work?

From rugged mountains to pristine coastlines, the UK has an endless supply of stunning scenery and historic towns that are crying out to be explored. There’s never been a better time to get out on the open road and see what the United Kingdom has to offer!

With over 321,000 miles of roads to explore, what are you waiting for? We’ve got all the facts you need to know to get you and your crew out on the open road. Enjoy our infographic about exploring the UK by car – we hope it gives you a few ideas for your next road trip!

When Will Self Driving Cars Be Available?

What Are the Best Unique Gifts for Car Lovers?